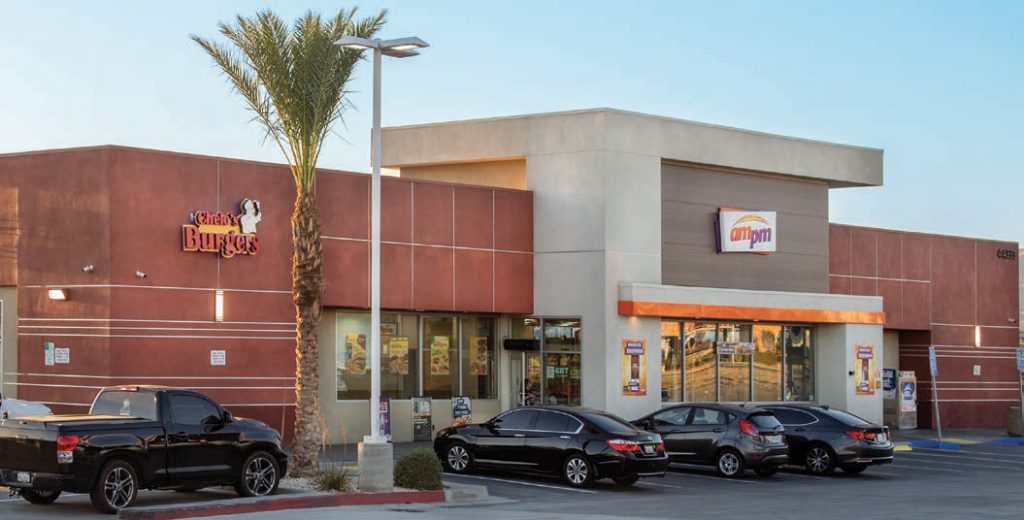 India-born Nachhattar Singh Chandi gets out of his car at one of his 19 ARCO® ampm stations and convenience stores, stopping to pick up a stray candy wrapper and surveying the busy forecourt with a critical eye before heading inside. He beams as he notes the immaculate store and the pop of LED lighting in the digital signage and across a 20-foot cooler bank.

This particular location at Avenue 52 and Harrison Street in Coachella, California, is particularly sentimental for Chandi, as it was where his career began when he arrived in Indio, California, 28 years ago. He had a dream then, and he has even bigger dreams now. Knowing only a few words of English, with no formal education, and only a little money in his pocket, Chandi joined his older brother in the U.S. and found his first job at a small Black Gold Gasoline service station. For three years, he says, he worked from 5 a.m. to 10 p.m., without taking a day off. Hewas working those long hours – changing tires, filling propane tanks, and working as a cashier in the small, 250-square foot convenience store – when his work ethic attracted the attention of his future wife, Susana, herself a Mexican immigrant.

Chandi eventually purchased that station after the location was shut down due to underground storage tank contamination. He says he was naive as to what that would really mean, but thankfully, the State of California had a statefunded cleanup program for which the store qualified. Then he soon learned that ARCO® ampm planned to construct a new store just a block away from his location, which would devastate his business. “I was nervous, but I called ARCO® and told them my location was better and they should build on my property instead. They eventually agreed with me.”

The process to become an ARCO® franchisee took two years; meanwhile, Chandi purchased some adjacent property for expansion. Then, when ARCO® told Chandi that razing and rebuilding the location to accommodate a 3,800-square foot store and eight multiple product dispensers (MPDs) would take 6-7 months, Chandi took matters into his own hands and formed his own construction group.

Time was, after all, money, and he needed to make a living. “We had the location up and running in 55 days,” he says proudly. “I like to say I traded India for Indio,” he smiles, sitting in his corporate headquarters in Indio, California, east of Palm Springs. When Chandi dreams, he dreams big. That first station led to another station, and more. Today’s Chandi Group USA is involved in real estate development, construction, and multi-unit franchise operations, with nearly 900 employees. In addition to the ARCO® ampm locations, his holdings include popular Del Taco restaurants, Dunkin’ Donuts, car washes, and shopping centers. He has franchise agreements with, Denny’s, Subway, Burger King, and many more.

“Currently we have two additional contracts with ARCO® in place, with one under construction and set to open in December 2019. The second ARCO® will be opening in the first quarter of 2020,” adds Chandi. In 2019, Chandi was named as ARCO®’s Franchisee of the Year, an honor that shows his standing among the owners of approximately 870 ARCO® locations in the western half of the U.S. “This award
is not a popularity contest,” notes Robert Motley, director, Direct Dealer Marketing for Light Products West. ”Winning this award means Chandi has met fuel growth and convenience store numbers, and is at the top of operational excellence and mystery shop inspections. He’s quite simply a top operator.”
“I am loyal to ARCO®, and my customers are loyal to me,”explains Chandi. “My customers have supported me from the very beginning. I’m here because of their support.”
Part entrepreneur and part visionary, Chandi, as he is known to everyone, is the epitome of the self-made man. He’s an outspoken fan of the opportunities America has offered him. Still remarkably humble, he acknowledges that where he is today is the result of a lot of hard work and a little bit of luck along the way. “Just about everything Chandi touches turns to gold,” notes Susana Chandi.
“We enjoy whatever we do,” adds Chandi. “Over the years, we’ve developed 40 to 50 properties, ranging in size from two to
80 acres. It’s addicting. I can look at the dirt, and I have the vision of what it will look like when we’re done.”
The turnover of his very first station is only the first example of many challenges he and Susana have risen to over the past 28 years. Chandi admits that he likes to control as many aspects of his business as possible. And pride is evident in every step of his story. Every job to him is important, no matter what it is. At food service locations, he asks his employees to prepare the food as though it was their mother or daughter eating it.
How he has responded to what he likes to call “threats” – roadblocks and unexpected challenges – is deeply ingrained in both his and Susana’s personalities. It is worth noting that Susana Chandi is his equal partner in the thriving business.
“I wouldn’t be anywhere without her support,” says Chandi. “I tell everyone that she’s the engine behind our machine. As I learned English, she helped me translate and understand. She always encouraged me to invest the money back into the business instead of getting a bigger house or a newer car. After she gave birth to our first child, she insisted on sending the baby home with my family and coming by the business on the way home from the hospital.”